Our project focuses on the category of drafting officials (“Konzeptsbeamte”) employed in state internal administration. These clerks were civil servants with significant decision-making powers in the exercise of state administration. Only candidates with university education could join these ranks, and these were mostly recruited from graduates of law faculties of Austrian universities. Only this type of education enabled a young clerk to progress on the career ladder and reach senior positions with the accompanying influence, social prestige and material well-being.

For the purposes of our project we considered as members of the administrative elites those officials who attained a career rank which enabled them to run independently a district office or manage one of the departments of the Land office. In the Austrian system comprising twelve career ranks (the XI being the lowest, and I the highest, e.g. that of the prime minister) he had to attain at least rank VIII. Consequently. We only deal with those drafting clerks in Bohemia who in 1868-1918 attained rank VIII and the position of senior governor´s office official or chief district commissioner. With this rank they could become administrators of one of the district captainships (and later be promoted to the post of district captain), or work as deputies to heads of the individual departments on the land level. We also included in our sample holders of offices closely linked with political administration – the Director of Police Headquarters in Prague as well as officials within the Land School Board (e.g. land school inspectors).

Given that after 1918 there were several waves of mass promotion, which was no longer linked to being transferred to a senior position and which led to a less strict correspondence between the rank achieved and the position held, we take into account only those officials holding the top positions of chiefs of district political administrations and heads of departments of the Land political administration.

To learn about the careers of the individual officials as thoroughly as possible is crucial for us not only in order to evaluate their professional career and its possible linkages to personal and family life, but also to reconstruct the relational networks. State officials were among the most mobile population groups, doubly so officials with university education. It was in the state´s interest that its employees who were to be entrusted with decisions on matters of internal administration acquire the widest possible experience and gain a broad perspective in all administrative agendas. This is why in the first years of service concept clerks were regularly transferred within the territory, which complicates the search for data on their marriage (unlike army officials, state officials did not need to ask for approval to get married) as well as the search for all their offspring born into marriage.

In contrast to the clearly given numbers of deputy seats we are not yet able to determine the final number of administrative officials who will enter our sample. Given that from 1868 onwards, the number of districts in Bohemia rose steadily (from the original 79 to 102 in 1918), along with the increasing numbers of officials working in the Land headquarters in Prague, we suppose that most of the individuals in our sample will be from the youngest cohorts born after 1861. 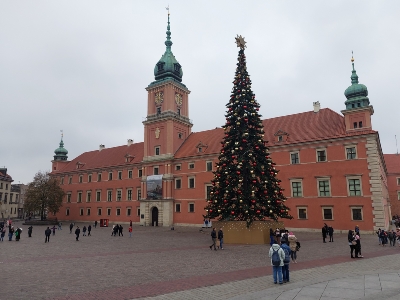