For Transylvania, where the administrative system differed from Bohemia, especially after the 1867 union with Hungary, and for which the situation of the research and sources are more parsimonious, we have decided to focus only the top county officials, namely the Lord-Lieutenants before 1919, respectively the Prefects between 1919-1928. Despite the difference in title, this category of high administrative officials held, before and after 1918, the same key-position, being the representatives of the government at county level, overseeing and influencing the political, but also the economic life in the county (less directly and with some limitations before 1918, in a more direct and powerful manner after 1918). In practice, anything of relevance that went on at county level had to do, in a way or another, with the networks created around the Lord-Lieutenant’s/Prefect’s office and person.

Ca. 100 Lord Lieutenants were appointed in Transylvania between 1867 and 1918, and ca. 160 Prefects have been identified between 1919 and 1928. Indeed, the same lack of stability and high personnel fluctuation that characterised the parliamentary elections and the political life in general, are observable in the case of Prefects, due to their strong dependency on the parties in power. While some of the Lord-Lieutenants and Prefects also held, at some point, parliamentary mandates, most of their careers remained tied to the administrative track. The caesura between pre- and post-1918 personnel is even more drastic in their case than in that of the parliamentarians. Practically, no Lord-Lieutenants from before 1919 continued their administrative careers in interwar Romania and no Prefect after 1918 held a similar position before the war. 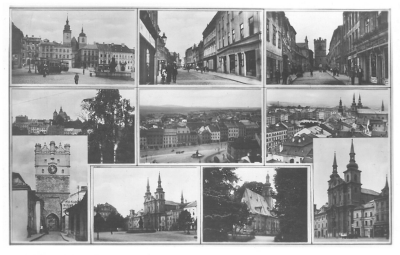