In mid-November, our team members organized another successful event with international participation. The workshop Careers in politics, politics as a career. Developments in 19th and early 20th century Europe was attended by experts from eight European countries, Israel, and the USA. The meeting took place at the Masaryk Institute and Archives of the CAS in Prague. 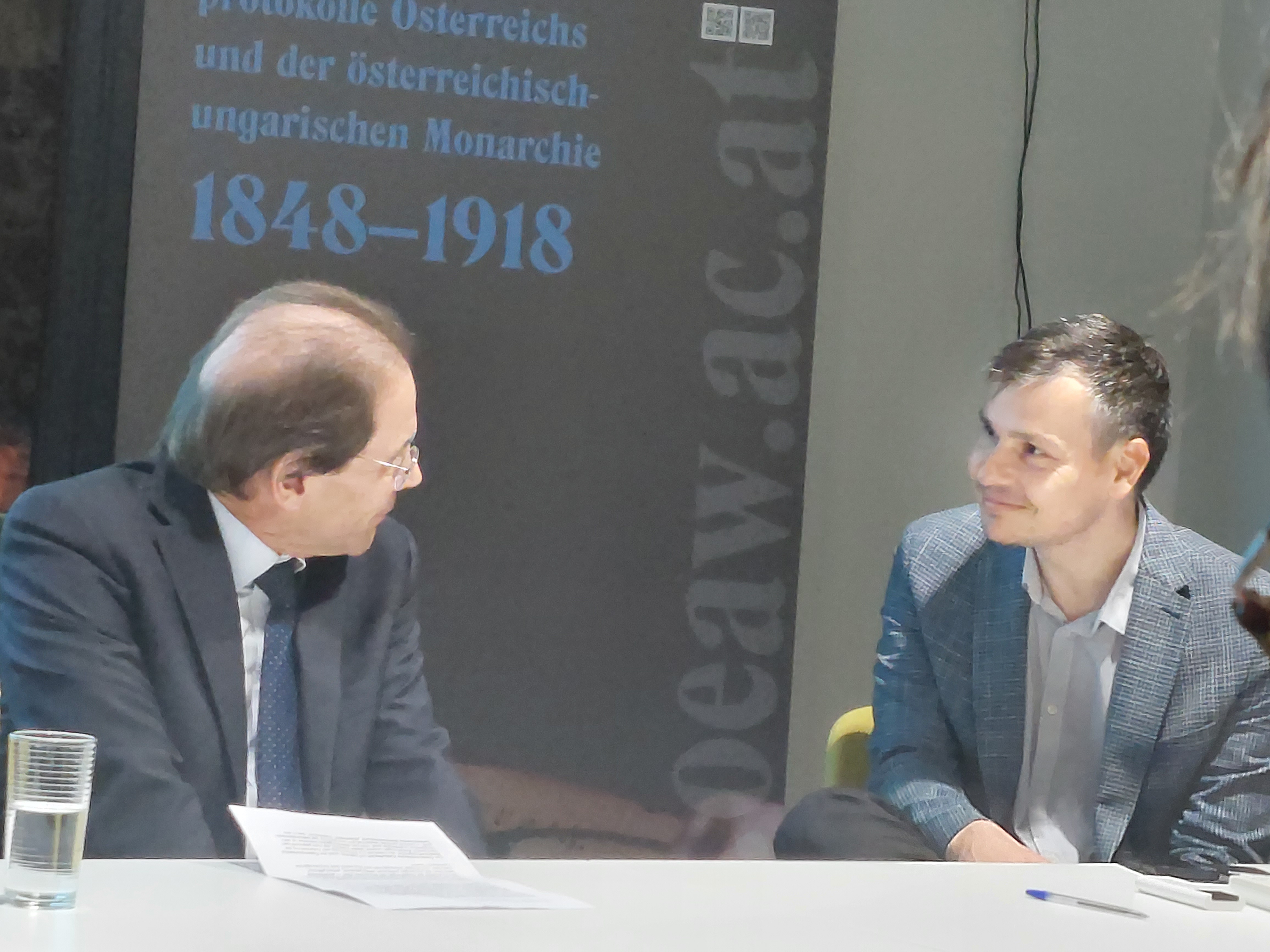 The workshop began with introductory speeches by Rudolf Kučera and Martin Klečacký, representatives of the Masaryk Institute. The first speaker was Robert Luft with a lecture on Staatsmänner, Beamte, Honoratioren, Intellektuelle und Berufspolitiker. Zu Lebenswegen und zu politischen Karrieren im Wiener Parlament vor 1914 [Statesmen, civil servants, dignitaries, intellectuals and professional politicians. On life paths and political careers in the Viennese Parliament before 1914]. He talked about the lives of men who had a key influence on the running of the Habsburg Monarchy. The next part was opened by Andreas Schmidinger, director of the Austrian Cultural Forum in Prague. Representatives of the Austrian Academy of Sciences – Anatol Schmied-Kowarzik, Richard Lein, Stephan Kurz – then introduced two new volumes in the series of editions of the minutes of the Cisleithanian Ministerial Council. In addition to the book form, this work is also available in digital form, which is freely accessible to researchers on the Academy's website. 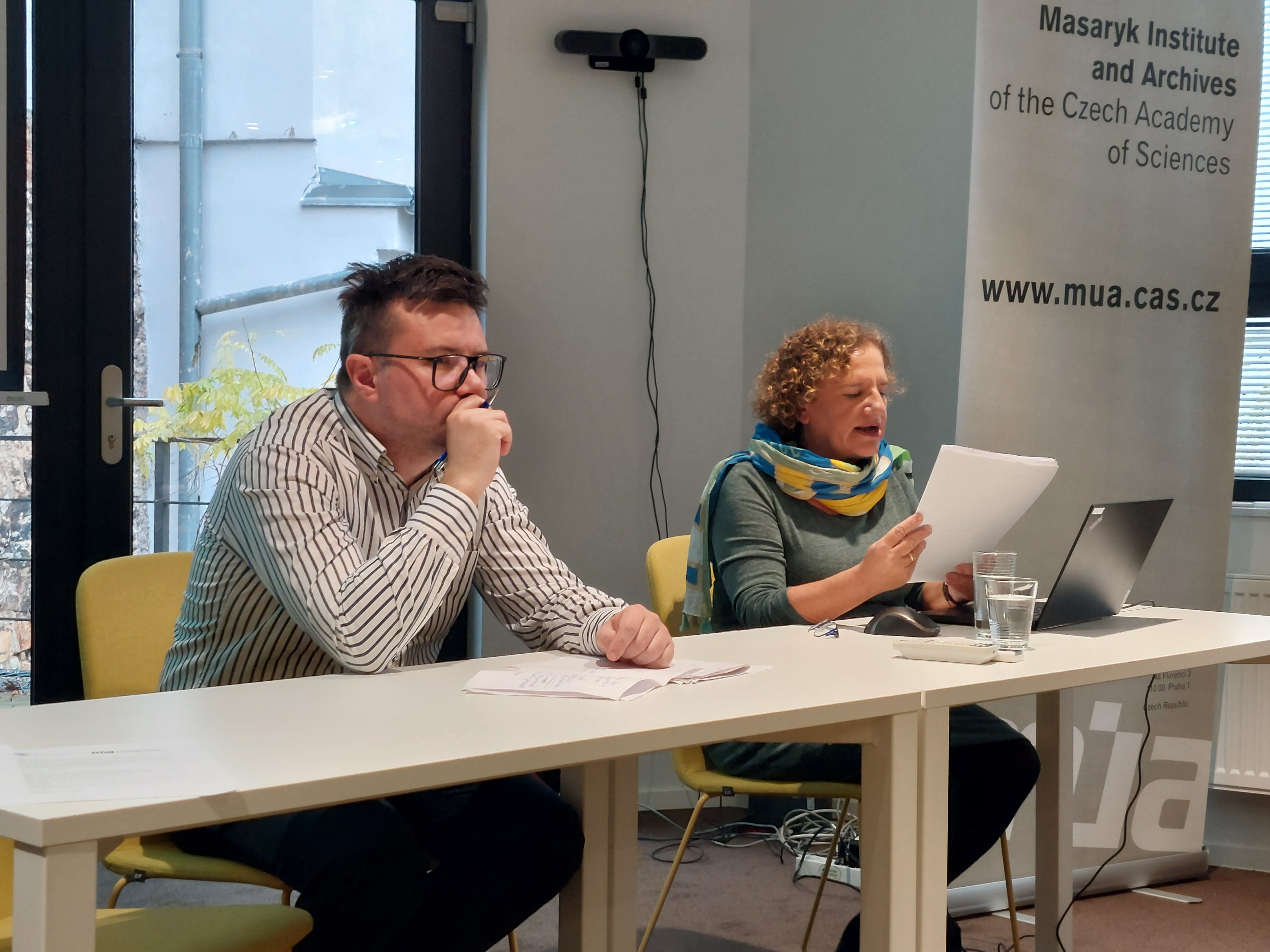 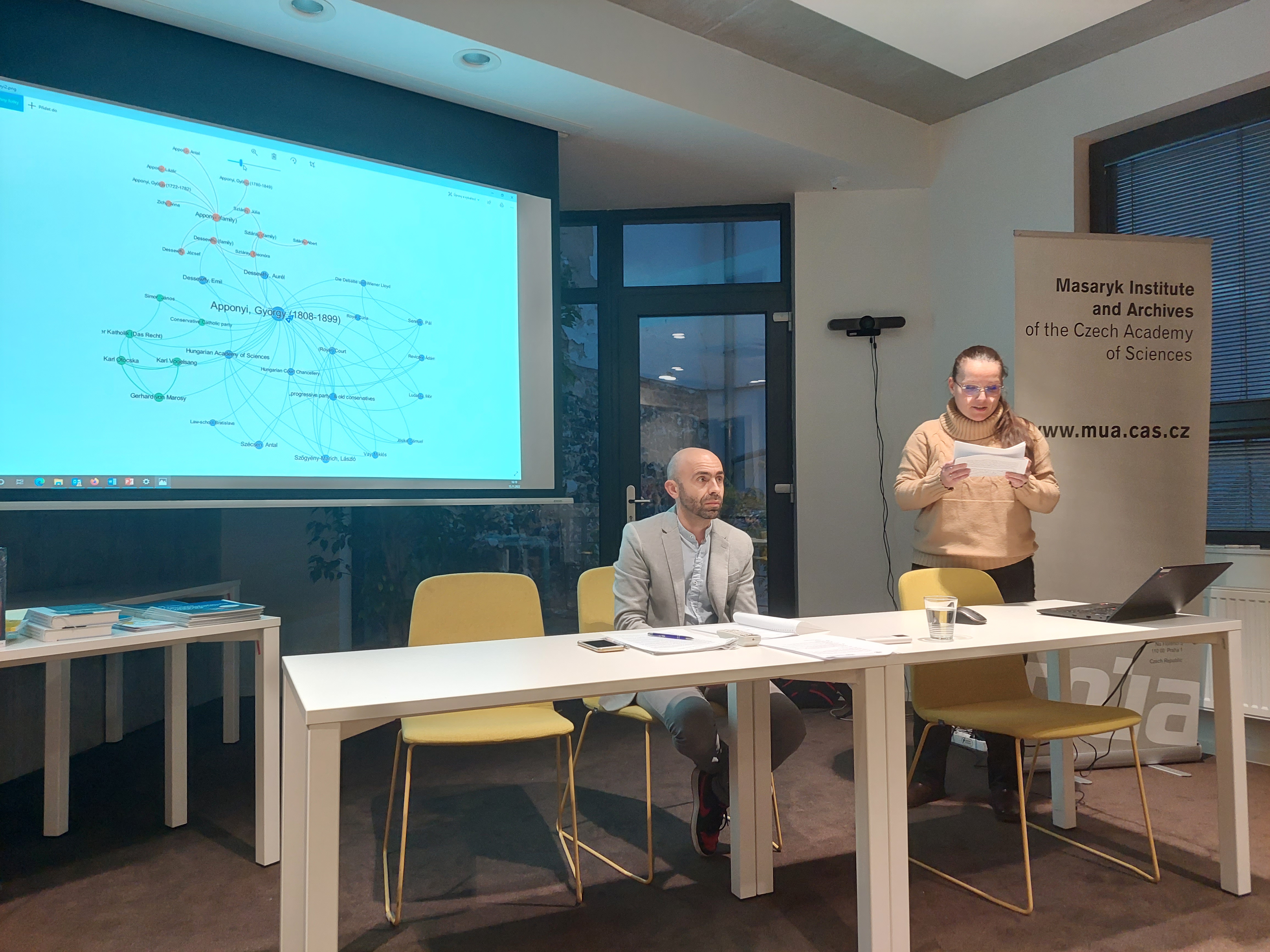 At the start of the second day, Alice Velková and Martin Klečacký presented the methods and goals of our project. In the first panel, Daniela Mârza introduced her research on family and personal ties of parliamentary elites in interwar Transylvania. Then Zoltán Taschek examined the life of the Hungarian Catholic priest and politician József Vass. The second panel, moderated by Andrei Sora, began with Ela Bauer's presentation on Jewish journalists who became politicians. Lothar Höbelt followed up with a talk about journalists and the first professional politicians in the Habsburg Monarchy. In the third panel, Franz Adlgasser spoke about lawyers and bureaucrats among the members of the Austrian parliament. Lukas Moll analysed the importance of family structures for the professionalisation of politics in the German Empire. Professionalisation was also one of the themes of Irena Selisnik's paper, in which she explored the political elites in Carnolia. During the last part of the workshop – a round table chaired by Vlad Popovici – Szilvia Czinege, Alice Velková, Adrian-Bogdan Ceobanu, László Vörös, Amirpasha Tavakkoli and James McSpadden presented their case studies. Each of them talked about the life and career of a specific politician and then used this biography to show different factors that influenced professional growth and social mobility. As with the previous panels, a lively debate ensued after the final session. Workshop participants discussed problems with the sources, especially the use of autobiographies, and the influence of education, occupational background, and personal and family ties on an individual's political career. 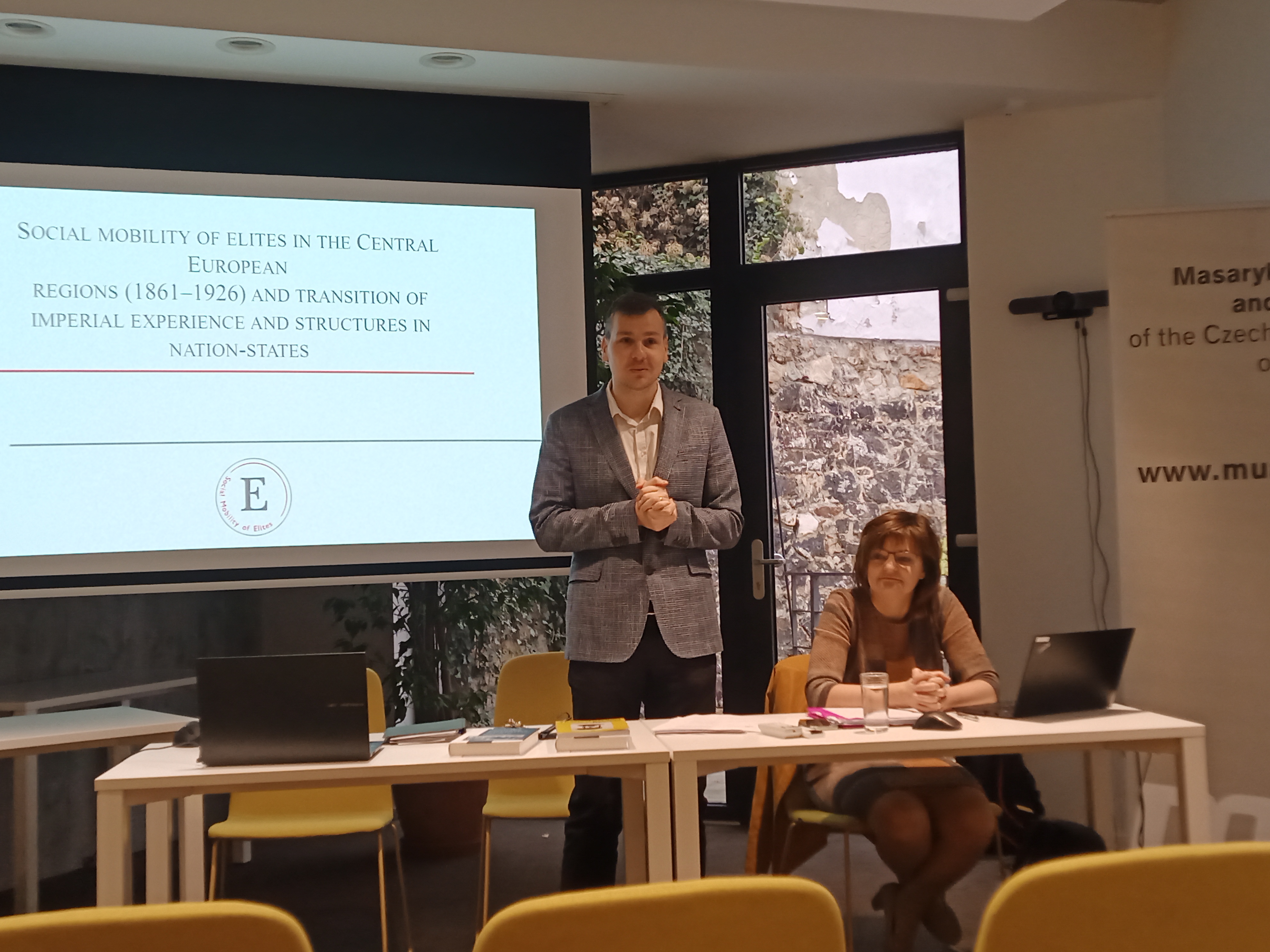 Due to the favourable epidemiological situation, it was not necessary to opt for a hybrid form of the whole event. Experts welcomed the opportunity to participate in person, which is much more suitable for scholarly dialogue and networking. There was a friendly atmosphere in the meeting room and the gathering of researchers from different countries brought many new insights and unexpected revelations about the similarities but also the diversity of the areas under study. Members of our team plan to publish selected papers in a thematic issue of an international journal. The workshop programme is available here. Share this article
2021 © Centre of Administration and Operations of the CAS, v. v. i. Sitemap Webmaster